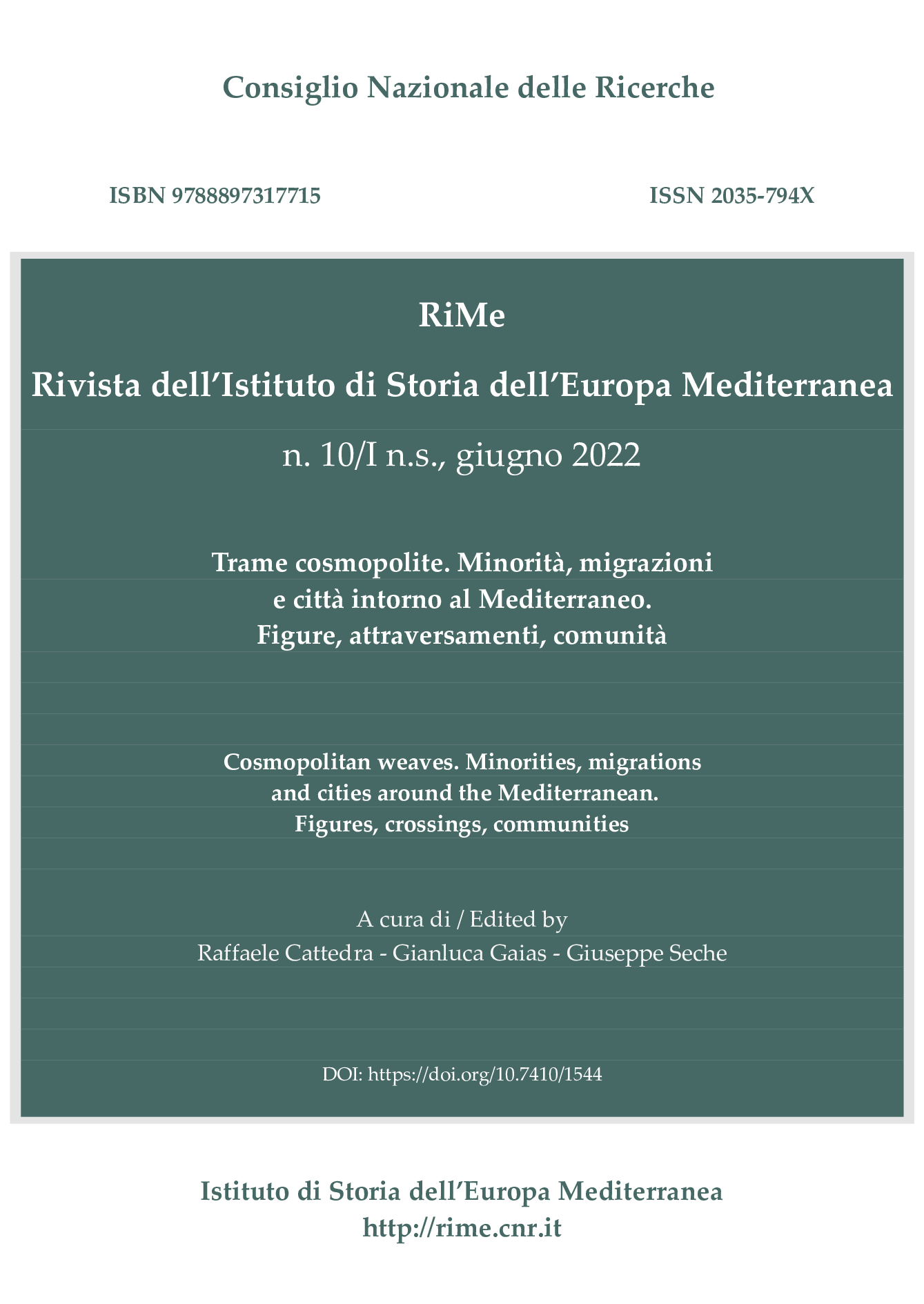 A cura di / Edited by

Following the suggestion proposed by the philosopher Pascal Bruckner in his essay Le vertige de Babel (2000) on the capacities of societies to integrate and mobilise a "plurality of belongings", the project of RiMe Issues 10/I and 10/II n.s. was initiated.

The reading of cosmopolitanism proposed here, free from the uncritical praise of a harmonious society, without tensions or conflicts between groups, communities or minorities, should be seen as an investigation and questioning of the social and pragmatic capacities that societies have (or have had) to construct forms of coexistence and inclusion in the identity and cultural complexity of the Mediterranean context.