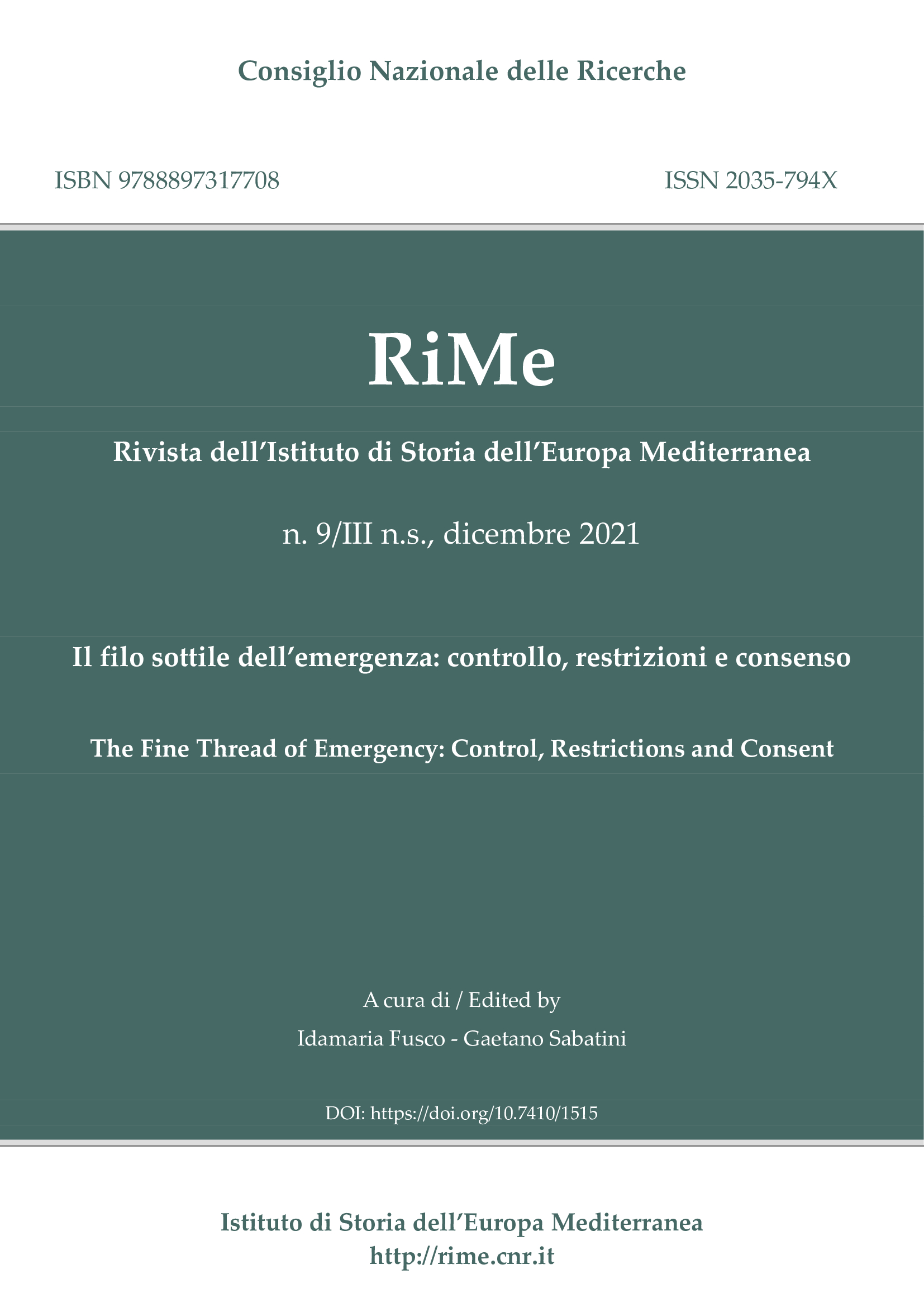 In the Ancien Régime, wars, famines and epidemics of plague or other diseases that no one knew much about were usual, almost 'normal' phenomena that recurred with a certain frequency, and which the population 'waited for', being used to fighting them with fear but also with the knowledge that they were inevitable. However, although they were experienced as inevitable, such events imposed measures to counter them. And an emergency situation called into question the established order and its precarious balances, not only at a political and institutional level, of course. The economy was perhaps one of the areas of human life most affected by emergency events, as it is shown by the contributions in this Booklet, which encompasses a wide chronological span from Late Antiquity to the 21st century - from the economic and commercial effects of the Vandals' expansion in the western Mediterranean between the 5th and 6th centuries to the consequences of the COVID-19 pandemic on world food supplies.  This has also meant questioning the effects of various epidemic waves - not only perhaps the best-known one, which was immortalised by Boccaccio in the mid-14th century, but also others that struck the Republic of Venice, the kingdoms of the Two Sicilies, Sardinia and the Balkans area between the 17th and 19th centuries