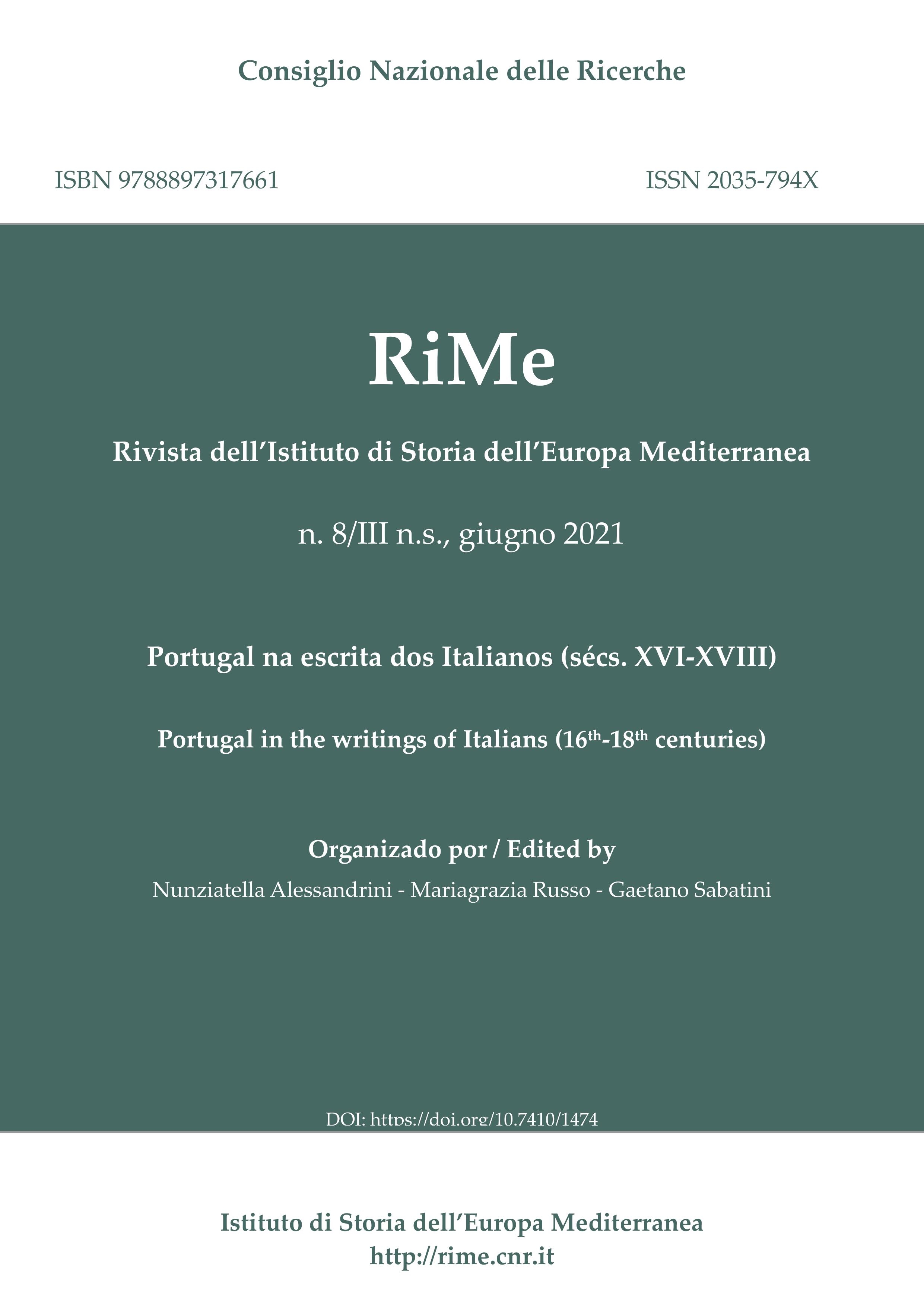 Portugal in the writings of Italians (16th-18th centuries)

This booklet is the second of its kind, after the first published in 2018 in the Journal Estudos Italianos em Portugal, by the Istituto Italiano di Cultura in Lisbon. It hosts the contributions of the 9th conference cycle that, since 2011, engages scholars from different cultural areas. Interdisciplinarity, interculturality and internationality are the pillars on which this network of relations is based. It increasingly unites scholars from different nations around specific thematic areas chosen from year to year and elaborated according to different perspectives and optics, but with a constant file rouge: the relations between Italy and Portugal.

The present booklet follows the same methodology: its pages encompass the Italian-Portuguese history from the 15th to the 19th century, highlighting cultural, historical, diplomatic, artistic, musical and literary aspects. The main theme of it is the 'pen', understood as writing, as a 'graphic' realisation of the contact between the two worlds. (From the Introduction)

The booklet also includes a Focus on the succession of the Maestre de campo Don Juan de Rivas, castellan of Cambrai (1596-1616)