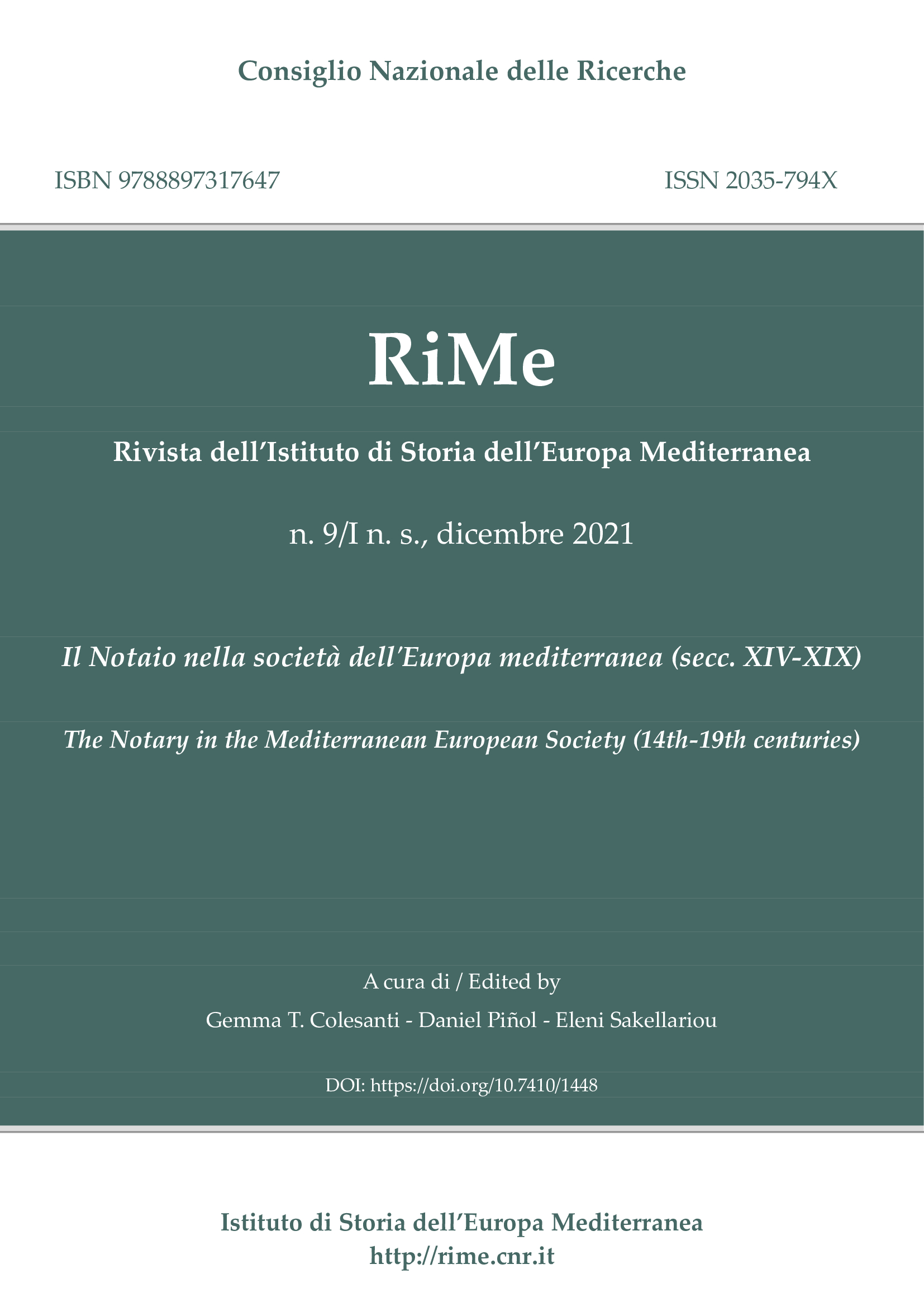 The articles in this issue are a revised and updated version of the papers presented at the 6th Seminar of Doctoral Studies in History and Economics of Mediterranean Countries “Il notaio nella società dell'Europa mediterranea (secc. XIV-XIX)”, which took place in Naples in October 2019.

The time span covered by the essays - from the thirteenth to the nineteenth century - illustrates the diachronic functionality of the notarial institution, the ideal successor of the tabellio, which already played an important role in the Roman society as the person responsible for drafting private contracts that thus acquired fides publica thanks to the revival of Roman law and the legal renewal that took place in Bologna at the end of the eleventh century. An institution that had central importance in the construction of societies since the Middle Ages.

From a geographical point of view, the focus of the Booklet extends from the Iberian Peninsula to Transylvania, Croatia and Crete. The need for written evidence of transactions and human relations through the notarial act, and the professional form of the notary is the thread that gives coherence to the seventeen studies. The typological diversity and originality of the topics are akin to the temporal and geographical range of the volume. Several thematic cores are identified within this volume. The institutional evolution of this profession and of the archives for safekeeping, the preservation of notarial documents, and the changing relationship with the authorities of the state bodies in which they operated are examined in the cases of Catalonia, the Papal States, the Kingdom of Naples, and Transylvania. (From the Introduction)