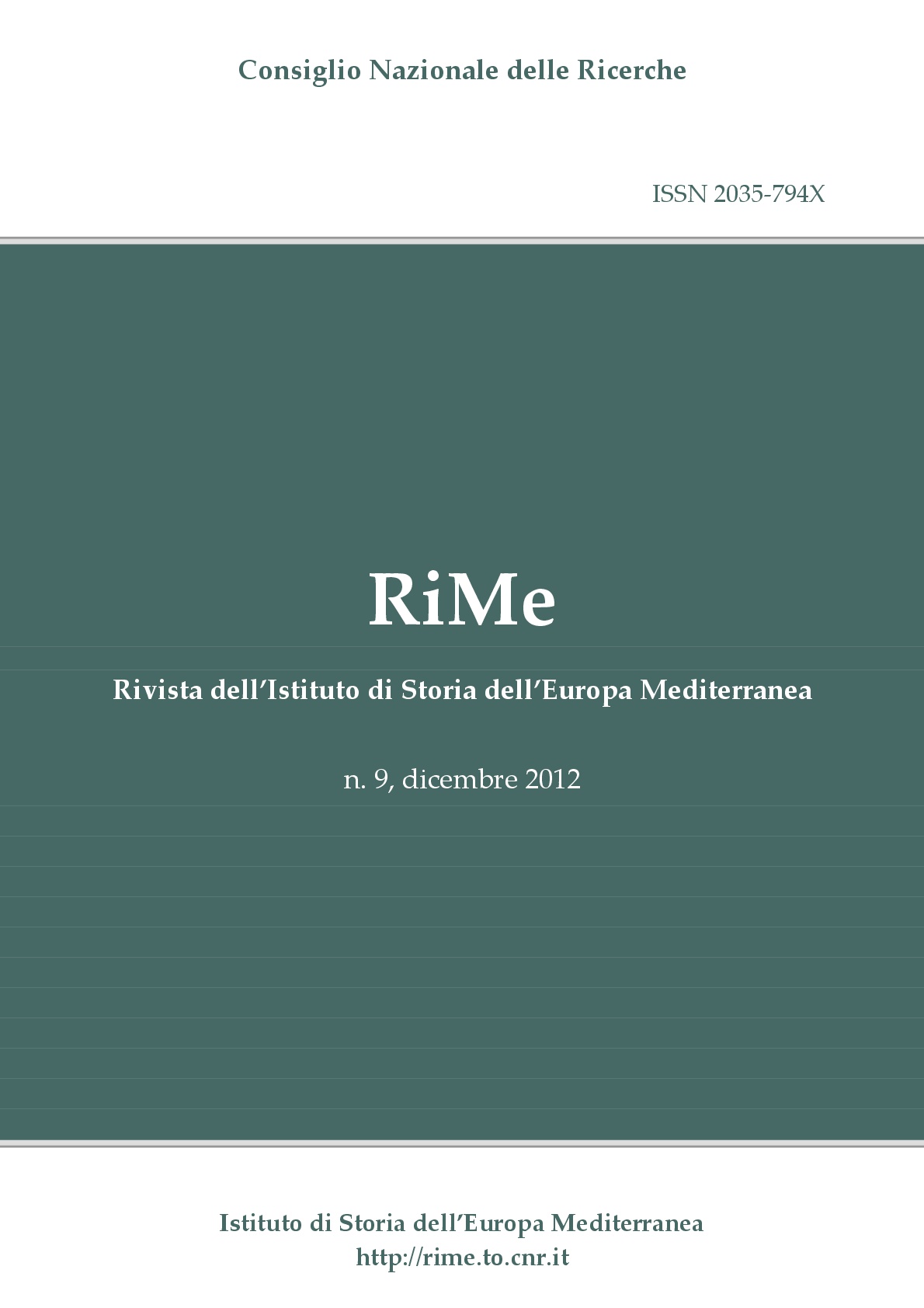 The volume hosts a Various section with five articles.
The first is dedicated to the Archbishop William of Cagliari who in 1118 lodged a complaint to Pope Gelasius II accusing the “Giudice” of Cagliari, Mariano Torchitorio, to break the procedural rules concerning property donation to ecclesiastical institutions, which had been demanded by the Apostolic See in order to prevent the sin of simony against which the Church had been fighting for years.
The second text is focused on Piero Gobetti who in 1922 founded the Journal La Rivoluzione liberale, making Turin the centre of intellectual opposition to fascism for four years, before the journal was forced to close by the fascist dictatorship.
The Spanish Civil War in recent years and its historiographical debate is at the centre of the third article containing new reflections on this issue by Italian, English and Spanish historians which enabled an innovative vision of the Iberian conflict, thanks to a comparative perspective of the issue.
The fourth wssay focuses on European colonial policies based on several justifications developed and spread out by some cultural institutes and scientific organizations. In Italy, the building of a “colonial consciousness” was most important during the Fascist period, because of the role of imperialism in the Fascist project of the “new Italy”.
The fifth and last article of this section examines the metaphors corresponding to a specific set of images and concepts dealing with the culture of the speaking community, and presents the results of a research conducted on the use of the metaphors in Amara Lakhous’ novels Scontro di civiltà per un ascensore a Piazza Vittorio and Divorzio all’islamica a Viale Marconi.

In a monographic Dossier - Bernard Zadi Zaourou, quelques mois après… ou l’exigence de donner la voix / Bernard Zadi Zaourou, some months later or the need of giving a voice. A cura di / Edited by Nataša Raschi and Antonella Emina - RiMe hosts the eclectic personality of the Ivorian Bernard Zadi Zaourou who retired on 20 March 2012 in his ninth issue. A special dossier has been designed with the certainty that the Mediterranean unites Europe and this living and building Africa that Zadi's brilliant spirit has been able to express at the highest level. A prodigious intellectual and a taboo breaker, he was above all a man so committed that he sacrificed his entire life to the harvesting, protection and dissemination of African culture.