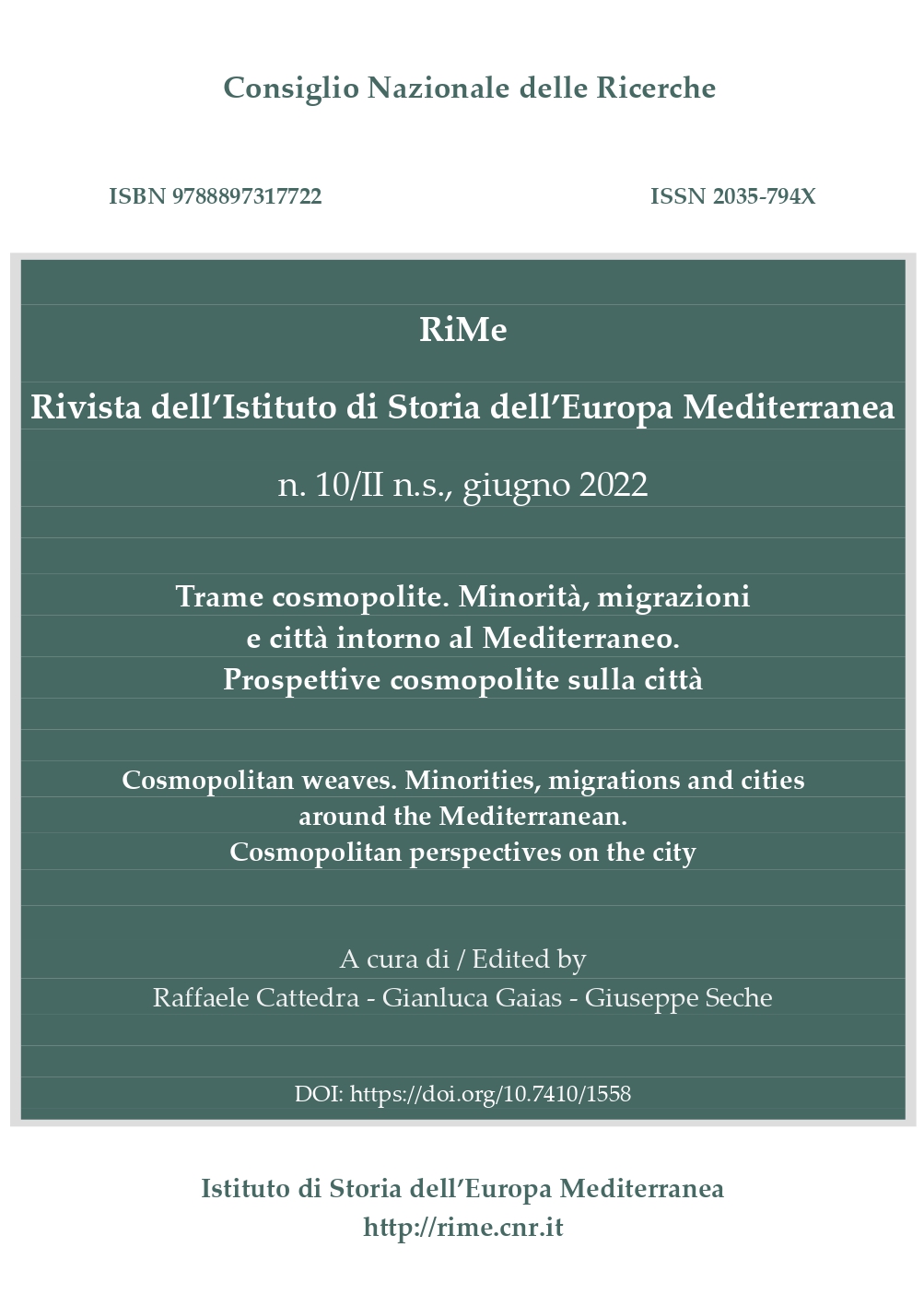 Cosmopolitan weaves. Minorities, migrations and cities around the Mediterranean.
Cosmopolitan perspectives on the city

In conjunction with the papers in RiMe 10/I n.s., in this second Special Issue dedicated to the theme 'Cosmopolitan perspectives on the city: Readings, gazes, practices', we find alternating geographical, historical and anthropological approaches on 'Border communities (Ventimiglia), on forms of 'overlap' and 'interaction' in public spaces (Cagliari), on 'migrant histories', on 'Tunis cosmopolitan and colonial city', on the 'Jewish community of Istanbul', on the 'plural and changing' identity of Odessa and finally a reflection on the 'cosmo-political' city. The themes of cosmopolitanism are discussed through questions of urbanity, public space, the effects of international mobility and political management, as well as the subjectivities of 'communities of communities' or minorities that 'fabricate', shape and animate cities. (From the Introduction)