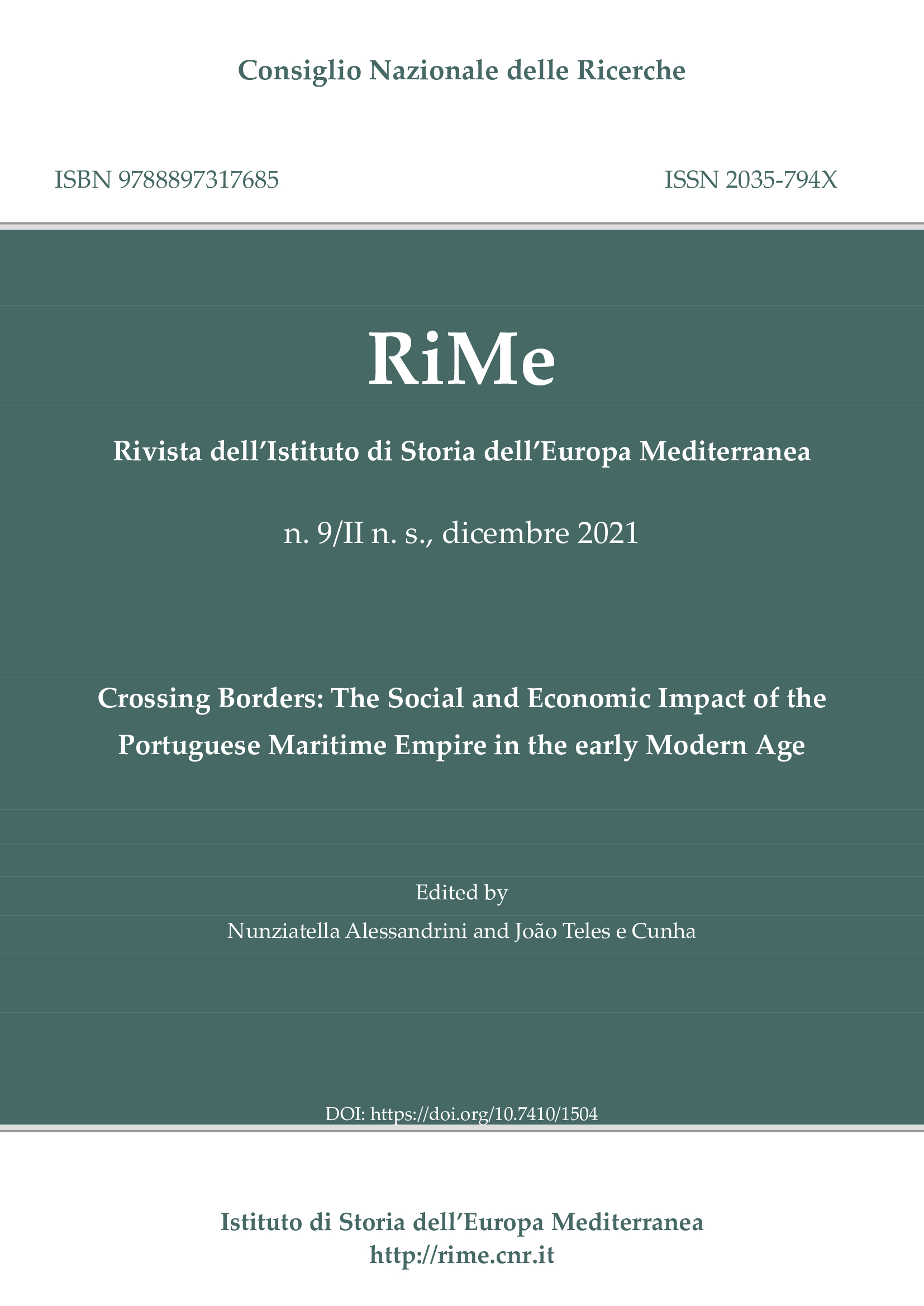 Crossing Borders: The Social and Economic Impact of the Portuguese Maritime Empire in the Early Modern Age.

This Special Issue deals with the social and economic history of the Portuguese Maritime Empire, showcasing its many facets and the way it impacted at home, in the empire and abroad during this period, which covers broadly the Early Modern Age and the first globalisation. The editors of this dossier preferred to choose papers dealing with different periods of time and contrasting geographical spaces, highlighting crucial moments, distinct players, relevant commodities and market organisation in order to give distinctive perspectives of the character and evolution of the Portuguese Maritime Empire.

While the first section deals more with the structural side of the Portuguese Maritime Empire economy, the second part works over the people who made those routes possible, and their endeavour to adapt, thrive and survive in face of adversity. Finally, at least two essays deal with other European empires of the Early Modern Age, namely the Spanish and the British, evincing a greater connection between distinct imperial spaces. (From the Editors' Introduction)

Finally, the issue also hosts the review of a book dedicated to a master of medieval Mediterranean economic history: Paulino Iradiel