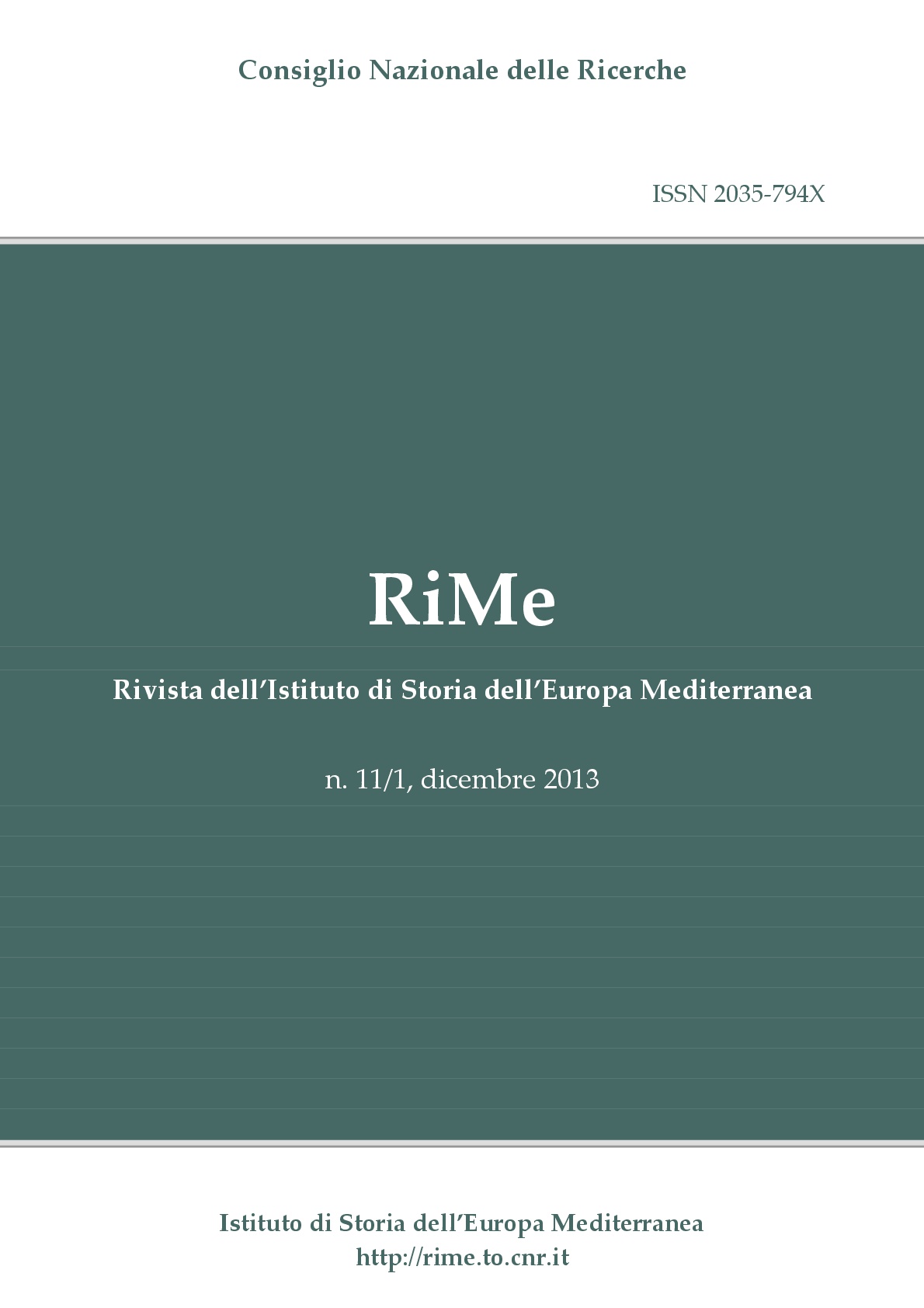 The Volume hosts three articles in the Various section.
The first analyses the role of History in the Origines by Amin Maalouf (Beyrouth, 1949), writer, journalist and amazing creator of historical novels, and offers multiple avenues for reflection on this subject and its relationship with memory. Origines takes the form of an autobiography and, at the same time, a family account, a genealogy, a narrative of national events seen from within. The author describes his method of investigation including the consultation of witnesses, archival research, their organization based on subjects, dates, the typology of documents... a method, therefore, very similar to that of historians except that for consulting witnesses, an approach distinctive from other fields, from police investigation to sociology
The second text is focused on the evolution of the Tunisian revolution and the empowerment of Islamists, which confirm that the Arab world, either for Islamisation of the nation or for nationalisation of Islam, continues eluding the problem of modernity that is the separation of politics and religion. A brief history of Tunisia shows that even Bourguiba, the great reformer of modern Tunisian society and women's liberator, has been able to advance step by step on the path of secularisation, claiming either the right or the Koran. Even after the revolution, the modernist elites are not able to develop a modern structural project that is a real renewal of the old system and may launch a process of democratisation based on a real individual freedom.
The third article examines the process of Africanisation of the Catholic Church that took place during the years of Pope John Paul II. The “mission” in Africa changed radically, thanks to the Episcopal Synod Assembly (1994), an event that, for the first time, was convoked at a continental level. The Synod was very important due to its reflections on all the important aspects of the life of the Church in Africa, above all evangelization, enculturation, dialogue, pastoral care in social areas, and it extended to the means of social communication.

The Volume hosts als a Focus dedicate to this theme:
Corona d’Aragona Sardegna / The Crown of Aragon and Sardinia. A cura di / Edited by Esther Martí Sentañes
It is the heir of a previous dossier published in RiMe 10 with the title “Le identità nella Corona d’Aragona. Nuove linee di ricerca” ("Identities in the Crown of Aragon. New lines of research"), which encompassed the studies of several young researchers dealing with issues related to the Crown of Aragon. Both initiatives respond to the willingness of scholars to encourage a resumption of Iberian studies, for some time rarefied both for the difficulty of carrying out most of the research because of the serious economic crisis that we are going through, and for a progressive disinterest of new doctoral students to address as a subject of study the institutional, cultural and economic links between the Italian-Latin territories and the Catalan-Aragonese motherland.
The Volume is closed by two Reviews: one dedicated to the interesting book Teatro e festività nella Napoli aragonese, by Cristiana Anna Addesso, Firenze, Leo S. Olschki Editore, 2012, 170 p., and the second one, on the contrary, contains historiographical reflections on a Round Table dedicated to sources and methodology on Sardinian history between the 8th and 9th centuries.