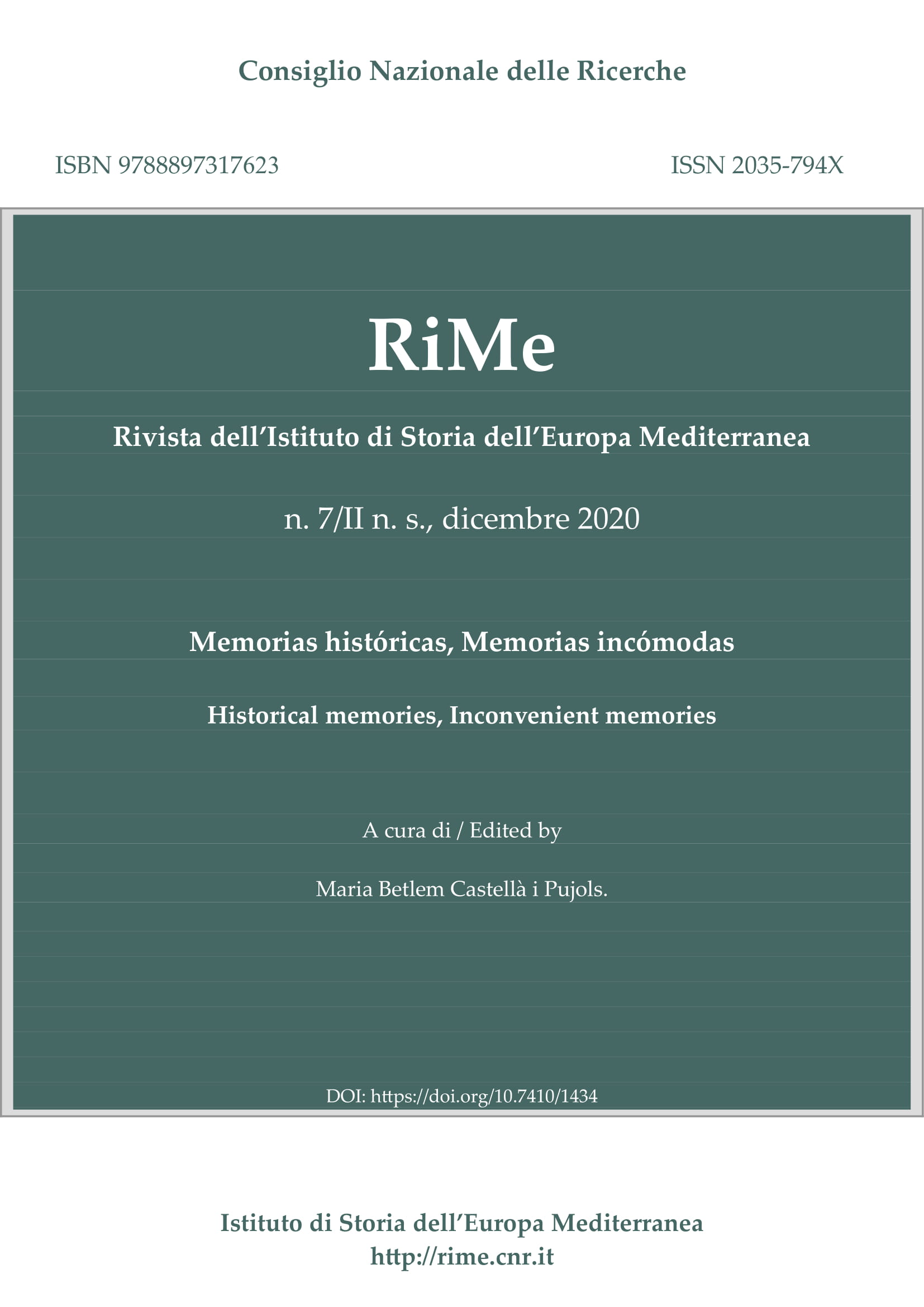 The six articles presented in this Special Issue, entitled "Historical memories, inconvenient memories", delve, from very different disciplines, methodologies and perspectives, into the relegated and conflictive memories, in the clashes of memory and identities that occur and in the positions that arise, whether in the streets, in public spaces, in the press, in academia, in universities, in social networks, in institutions and/or in governments.

Josefina Irurzun brings to the surface the faint memory of the associative beginnings of the Catalans in Buenos Aires; Martí Grau brings to the surface the difficult memory of the European Union. Gustau Nerín suggests recovering the neglected memory of Spanish colonialism in Guinea. Luciano Gallinari examines the journalistic discourses generated by the assaults on the statues of Christopher Columbus and the Confederates in America, while Martí Grau i Segú presents the methodological proposals of the House of European History and the Jean Monnet House to reflect on the memory of the European Union, and Jordi Guixé and Núria Ricart analyse the assaults on the statue of Antonio López y López, who made his fortune from colonial trade and the slave trade. Finally, Mahdis Azarmandi highlights how post-colonial and racialised migrants question the historical memory of the city of Barcelona. (From the Introduction by Maria Betlem Castellà i Pujols.