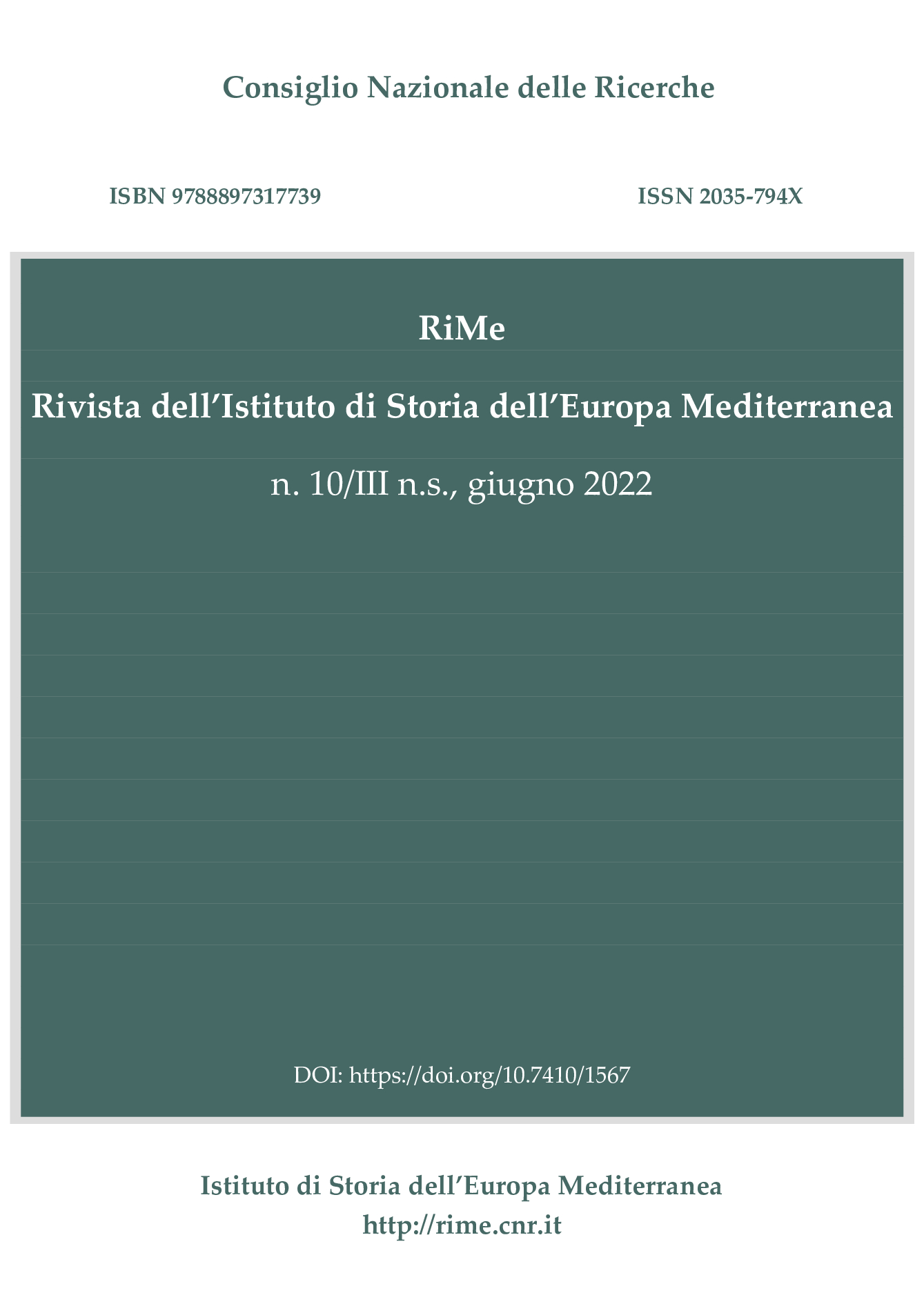 The first examines the question of the rootedness and the control of the urban space between the 13th and early 16th centuries, contributing new knowledge on the regio Nidi, thanks also to unpublished sources. It analyses the residential strategies developed by some noble families defined as antique at the end of the 15th century and the practices of the urban space control they even-tually activated.

The second paper aims to highlight the structural elements of the most widespread family models of Sicily in the Modern age: such as numerical extension of households, personal data of its components, type and aggregative interests. Factors that dispel the false myth of a Mediterranean archetype characterized by the patriarchal regime.

The third contribution analyses cultural pluralism in the port cities of Izmir, Valletta, Livorno, and Marseille (17th-18th century). It focuses on material identity markers in the travel accounts of the period, mainly written by French travellers. The aim is to chart how differences in the political environments affected the balance between marking and hybridising urban identities.

The fourth essay focuses on the early modern Eastern Adriatic urban space that was also a meeting point for an array of foreigners from all over Europe. Zadar, as the capital of Venetian province of Dalmatia, most thoroughly experienced this phenomenon. Among other diversities on its streets, language was surely one of the most noticeable presenting both city’s richness and a potential barrier for people.

The last text of this Issue focuses on the Grand Duke of Tuscany Ferdinando I who signed an alliance treaty with the Pasha of Aleppo, who had rebelled against Ottoman rule in 1605. Unfortunately for both of them, about twenty days after the treaty was signed, the Ottoman forces crushed the rebel pasha’s army, forcing him to flee Aleppo, thus thwarting Tuscan dreams of gaining advantages and privileges in Syria. The author of the contribution proposes to edit and examine a little-known document concerning a reconnaissance in Syria carried out by one of Ferdinando I’s military engineers named Giovanni Altoni in order to understand if and how it was possible to intervene in support of the anti-Ottoman revolts.