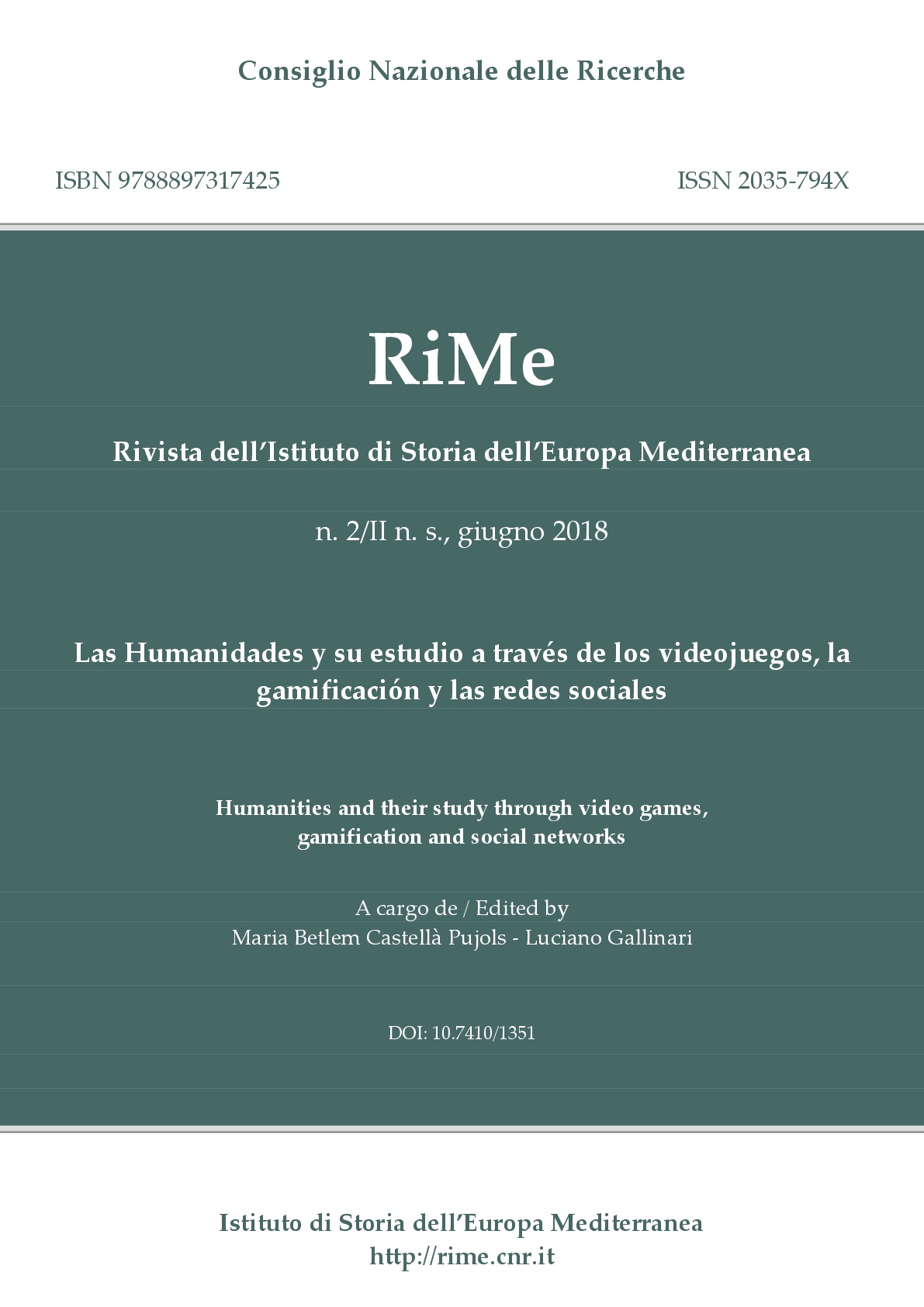 The Booklet contains the proceedings of a Workshop on Humanities, video games and social networks, organised in April 2017 by the two editors of the booklet at the Universitat Pompeu Fabra in Barcelona.
It is a sort of third chapter in a series of initiatives dedicated by the Journal to the very stimulating relationship between History and these tools and methodologies for teaching and spreading it.
It houses four articles dedicated to the world of the video games, which has been differently declined by the authors: Someone has focused on the teaching of the Middle Ages,  someone else on the teaching of History and Cultural Heritage. Another author has examined the case of a committed video game, in order to reflect on difficult issues such as terrorism and the relationship between the truth and the false media information.
Two more texts have been dedicated to the Social Netwotks, and especially to Facebook: one of them, in relation to formal and informal learning; another essay, instead, focused on the relationship between the Medieval History and Facebook. The Booklet focused on the potential of gamification in teaching foreign languages and in the relationships between the components and the mechanics of gamification with the dynamic of the narrative