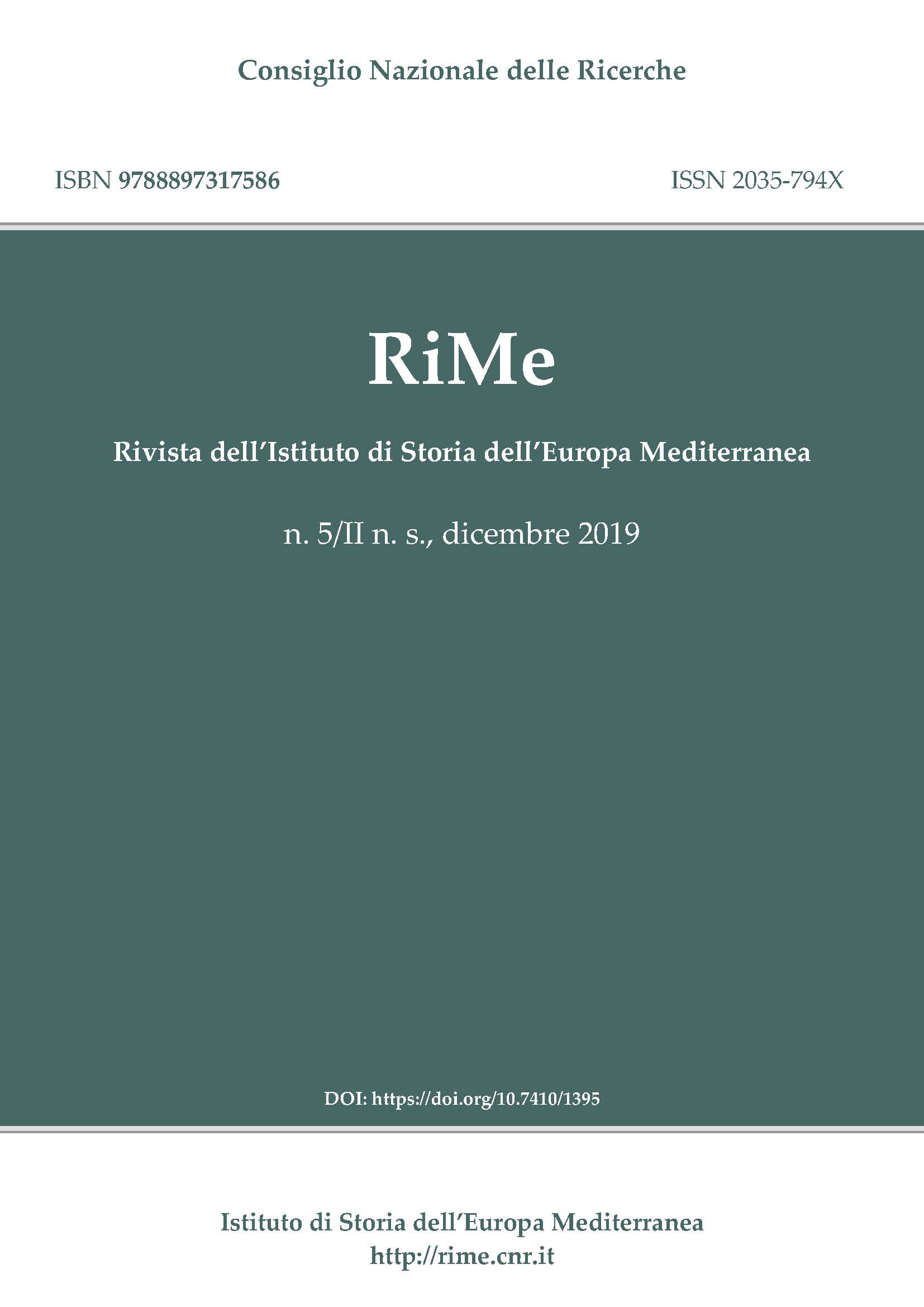 RiMe 5/II n.s. is a miscellaneous Booklet composed of 6 articles and 3 book reviews. The first three articles deal with Medieval and Modern History, while the other three deal with closely interconnected themes of Contemporary History.

The first essay is a first historical and archaeological reading and opens new theories and research perspectives on the ruins of Cuccuru Casteddu in Sardinia, perhaps in relation to a Byzantine castle.
The second article is dedicated to the symbols of power and the use of images to achieve political aims, focusing in particular on Mariano IV judge of Arborea, Peter IV king of Aragon and Robert of Anjou, king of Naples, in the mid-14th century.
The third article is a chronological itinerary of Gonzalo Fernández de Córdoba, from his youth in Spain in the service of the Crown to the wars of Naples that gave him the title of Gran Capitán and his subsequent political apogee as first viceroy of Naples.
The fourth text deals with the important issue of mobility after the 1970s, when immigration became a topic of growing interest even in the countries of southern Europe that became the final destination of migration.
At the centre of the fifth essay is the analysis of the macro-regional strategies of the European Union and the potential of a new Mediterranean macro-region to rethink and reform the European Union.
The sixth and last article rethinks the Mediterranean space by analysing the main works of Mohammed Arkoun (d. 2010), one of the most important contemporary Arab scholars. This operation allows to understand the centrality of the Mediterranean area between Islam and the West and the possibilities of its rebirth from the common geo-historical and geo-cultural horizon.

The booklet is closed by three book reviews dedicated 1) to the theme of health in Valencia in the 15th century; 2) to the models of settlement, filiation, promotion and devotion of the orders of the Poor Clares and Dominicans in the Iberian Peninsula, Sardinia, Naples and Sicily in the Middle Ages and, finally, 3) to the public authorities in the Crown of Aragon between the 14th and 16th centuries.